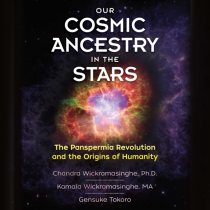 A practical guide to the magical systems of pre-Christian Iceland *; Reveals spells and workings drawn directly from surviving magical books from the 16th to 20th century preserved at the National Library in Reykjavk *; Explores the history of magic in Iceland through original translations of Icelandic folktales about famous magicians and about legendary grimoires, such as the Galdrabk, the olde… st and most complete book of its kind *; Explains how to personalize the spells through the creation of unique signs and symbols based on the mythic names of Odin and Icelandic magical alphabets During the Christianization of Europe in the Middle Ages, many books of magic were lost as the ancient pagan traditions were suppressed. But in Iceland the practice of recording magical spells in books continued in secret for centuries, on a scale not seen elsewhere. Now housed in the National Library in Reykjavk, these surviving grimoires, which represent only a hundredth of what was lost, reveal a rich magical tradition that continued to evolve into the 20th century. Drawing directly from the actual surviving Icelandic books of magic, Stephen Flowers presents a complete system of magic based on Icelandic lore and magical practices from the 16th century onward. He explores the history of magic in Iceland in pagan and early Christian times and reveals specific practical techniques and ritual templates that readers can adapt to their unique purposes. Illustrating traditional Icelandic magical practices and the Icelanders' attitudes toward them, he shares original translations of Icelandic folktales about famous magicians, such as the legend of Gray-Skin, and about legendary grimoires, such as the Galdrabk, the oldest and most complete book of its kind. After initiating the reader into the grammar and symbols of Icelandic magic through history and lore, Flowers then presents an extensive catalog of actual spells and magical workings from the historical Icelandic books of magic. These examples provide ready-made forms for practical experimentation as well as an exemplary guide on how to create signs and symbols for more personalized magical work. The author also includes guidance on creating unique magical signs from the 100 mythic names of Odin, which he translates and interprets magically, and from Icelandic magical alphabets, symbols that connect Icelandic magic to the ancient runic tradition.