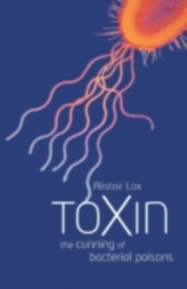 What do the following have in common: the promise of Botox as the key to everlasting youthful looks; E. coli O157 hamburger disease; a mysterious illness which killed 35 heroin users in 2000; and the assassination by poisoned umbrella-tip of a Bulgarian dissident in the 1970s? The answer is that all of these are caused by toxins, the powerful biological poisons released by bacteria and some plant… s. In Toxin, Alistair Lax reveals the panoply of ways in which bacterial toxins overcome the defences of our cells. He explains how they work, how they are so successful in causing major diseases, the terrible human impact they have had, and how apparently 'new' diseases arise from them. He also discusses how we can combat toxins, and how we can harness their actions for beneficial purposes. Enlivened by the very human story of the persistence, rivalries, and insights from which modernmicrobiology grew, Toxin is the first widely accessible account of this exciting and important topic.