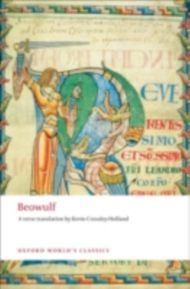 Beowulf is the longest and finest literary work to have come down to us from Anglo-Saxon times, and one of the world's greatest epic poems. Set in the half-legendary, half historical Scandinavian past, it tells the story of the hero Beowulf, who comes to the aid of the Danish king Hrothgar by killing first the terrifying, demonic monster Grendel, and then Grendel's infuriated and vengeful mother.… A lifetime later, Beowulf's own kingdom, Geatland, isthreatened by a fiery dragon; Beowulf heroically takes on this challenge, but himself dies killing the dragon. The poem celebrates the virtues of the heroic life, but Hrothgar and Beowulf are beacons of wisdom and courage in a dark world of feuds, violence and uncertainty, and Beowulf's selfless heroism is set against a background of ruthless power struggles, fratricide and tyranny. This acclaimed translation is complemented by a critical introduction and substantial editorial apparatus. `The poem has at last found its translator . . .supremely well done'Charles CausleyABOUT THE SERIES: For over 100 years Oxford World's Classics has made available the widest range of literature from around the globe. Each affordable volume reflects Oxford's commitment to scholarship, providing the most accurate text plus a wealth of other valuable features, including expert introductions by leading authorities, helpful notes to clarify the text, up-to-date bibliographies for further study, and much more.

Other eBooks releases by